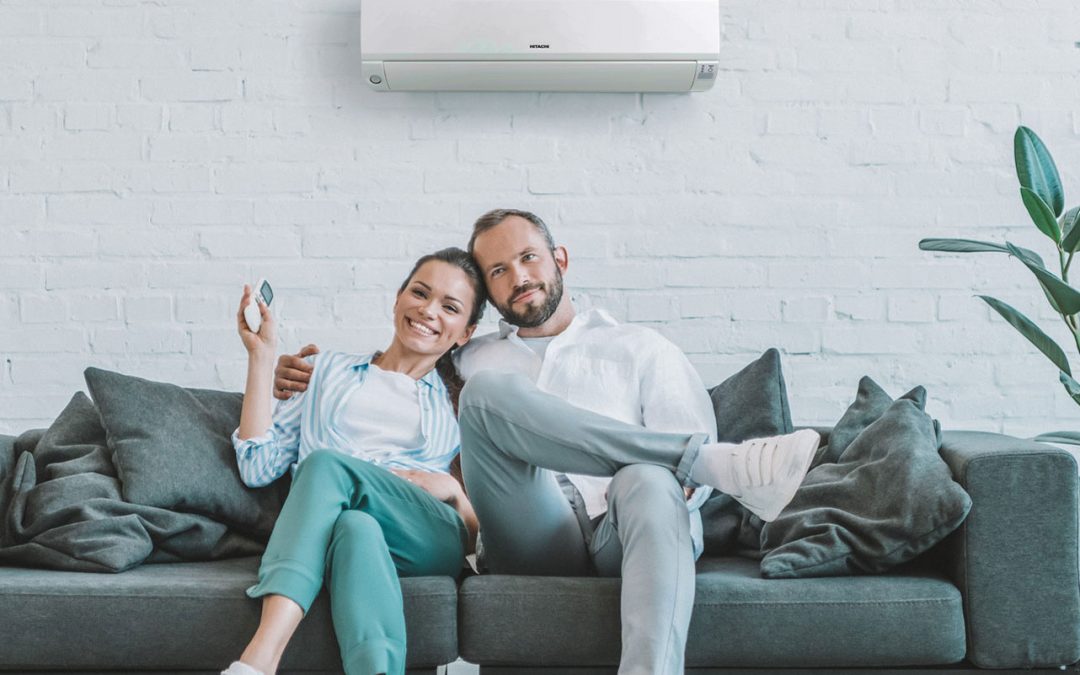 Despite the occasional gorgeous sunny day where you can bask in the sun for hours, or the guy who denies winter even exists at all on the Central Coast by wearing shorts and t-shirts throughout, it can get pretty chilly! Having a nice warm house can make the difference between an enjoyable winter filled with comfort soups and good conversation or a horrible one where you seem to be consistently cold.

Of course, summer is always around the corner on the Central Coast, so the need for an adaptable system to cool and heat the house is important.

It’s no secret that air-conditioning is one of the easiest and most reliable sources of temperature regulation, but when it comes to choosing between ducted air-conditioning and split system air conditioning, what is the difference and which one is best for you?

Let’s tell the story of two different potential customers: the Johnson’s and the Jones’. Both have are families of four and live on the Central Coast.

The Johnson’s value spaciousness and don’t like clutter. They have a higher disposable income, prioritise comfort and enjoy being in the house a lot.

The Jones’ live more on a budget. They value being outdoors and when inside tend to congregate in specific areas.

So before we find out what these two families want to regulate their home, let’s look at some of the differences/pros and cons between ducted and split system air conditioning.

Ducted Air Conditioning operates, – surprise surprise – using ducts. An internal fan coil unit is installed in a central location in the roof, a series of ducts run from here into as many rooms as you desire. Each room can be cooled or heated as you so wish – called ‘zoning’ – through the thermostat installed on the wall. The ease of cooling or warming the whole house becomes as simple as pressing a few buttons.

Add to this, they are unobtrusive both in style and in taking up space, being tucked behind walls and ceilings. They run extremely quietly too, so all in all they become quite the addition to a classy home.

These systems are designed for single rooms only. They are ‘split’ into an internal unit: which disperses cool or hot air into the house, and the external unit: which draws the outside air and adjusts its temperature. The internal units sit on a wall inside,  the large compressor (the external unit) sits outside of the house, which some can find a rather ugly sight. And while they are becoming quieter and quieter to run, they are not as smooth as ducted air conditioning.

Split System Air Conditioning might not look as classy or unobtrusive as their ducted cousins, but they have their advantages:

After weighing up the pro’s and con’s for both systems, the decision for both families became relatively simple, assuming that both systems were reverse cycle meaning they could both heat and cool.

The Johnson’s love of a space and their desire to be in an uncluttered indoors space got them all very excited to install a ducted system. The ability to use zoning on the thermostat meant they could set the temperature how they wished, and there was no room unavailable to be in whatever the temperature. The extra cost was negated by the clear investment for their property.

The Jones’ realised the only room they really needed to regulate was the living room. They’d rather save their money for their outdoor adventures, so a split system was the perfect solution. They could heat or cool the room when they were in it.

The decision to invest in either ducted or split system air conditioning really depends on whether you’re the Johnson’s or the Jones’.