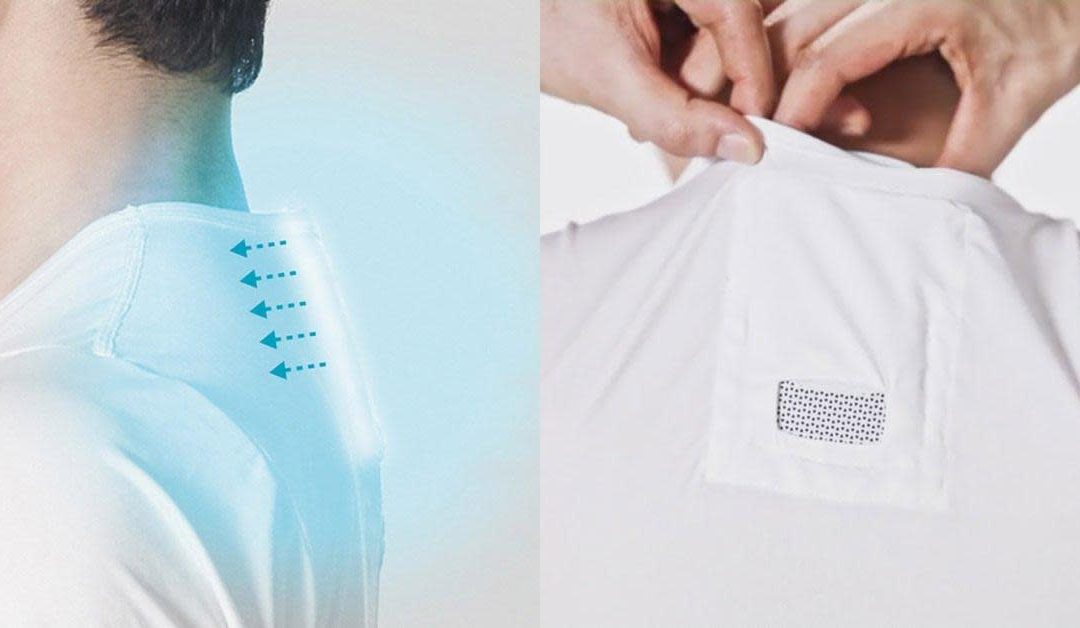 Ok. So you know in Back to the Future II – the one with Hoverboards, and self-lacing Nikes? Those futuristic gadgets boggled the mind back in the day. But today we have the craziest gizmos readily available. Wearables – revolutionary technology that can be worn and provide us with the most portable, individualised comforts, and practicality – are now everyday items worn by executives and school kids alike. Smartwatches and jewelry can be used to write emails and make phone calls. Oculus Rift and Google Glasses introduce our eyes to a virtual world. I suppose it is no surprise that Sony has recently announced that by March 2020 they will offer us wearable air conditioning units.

The product, called Reon Pocket, can be worn in a back shirt pocket and provide temperature controlled air. If you just got visuals of a trendy hunchback walking through Terrigal or Notre Dame goths doubled over in the main street of Gosford then you are not alone. But far from wearing a box like A/C unit on your back, the Reon Pocket is smaller than a smartphone and weighs 85 grams.

The Reon Pocket comes with a specialised undershirt and can be controlled by a smartphone via bluetooth – a veritable geriatric nightmare. But for the moderately tech savvy, this means it will be really easy to use and give you personal, on-the-fly, complete air temp control. Simply whack in the little unit to your shirt, connect to the app, switch the AC on and just let those armpits cool. But of course air cons don’t just reduce the temperature, the fact is Sony’s Reon Pocket can keep you warm and cosy on those chilly days. Imagine the possibilities – skiing, hiking, diving (maybe wait for the waterproof version?)

The device uses something called the Peltier Effect to adjust temperature through electric currents. It is a type of thermoelectric effect that occurs when an electrical current passes between two different conductors. Simple. Ahem…

How Much Will It Cost?

Possibly the cheapest air conditioning installation going around, the Reon Pocket is set to cost you around $170 ($115USD). I can hear you thinking about little battery operated pocket fans that you can get for a few bucks, but the differences here are vast. Also on offer is the Reon Pocket Lite which weighs less, costs less but has to be controlled manually i.e. no smartphone connection.

Great another thing to plug in. This mini air conditioner takes 2 hours to charge with USB-C and is touted to have a 24 hour capacity.

What Does This Mean For Home AC Units?

Do wearable A/C’s spell the end for home reverse cycles or ducted air conditioners in the office? While we won’t quit the business of air con installation and repair on the Central Coast just yet, it’s easy to imagine the benefits of individual temperature control and heating or cooling the small space between clothing and skin, rather than large rooms. You would assume the power consumption would be much less and therefore much easier on the bank account. Don’t throw your air conditioner away just yet, but who knows, maybe the future is wearable.

What Does This Mean For The Environment?

There is no denying that the amount of air conditioners around the world is burgeoning. Old units in need of repair and omitting HFCs (hydrofluorocarbons) are drastically adding to green houses in the environment, as well as the vast amount of spaces requiring temperature control to keep the people comfy. So maybe individualised A/C could be the future of air conditioning.

Sony are not the only company creating wearables to control our skin temp by the way. Embr Labs created the Embr Wave, a simple design that cools or heats the skin on your wrist with a ceramic plate.